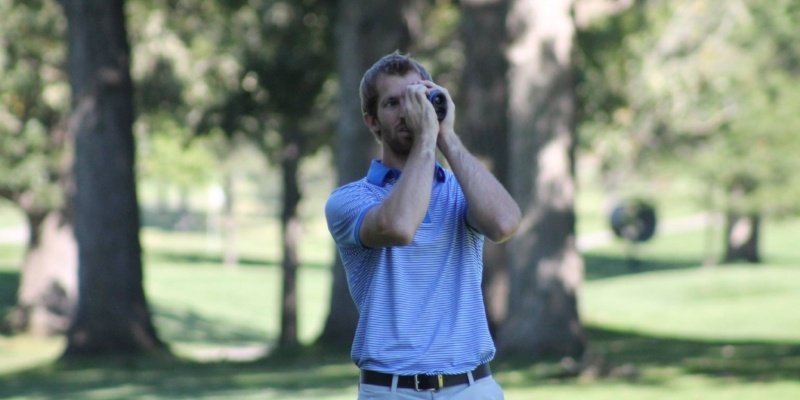 Golf players all around the world start out simple with just the bare necessities. However, after a while, they realize that there are accessories that can make their entire golfing experience much more pleasurable and more interesting. One of those accessories is a rangefinder. With a rangefinder, you can easily take the guesswork out of the game, and you’ll immediately know how far the hole is, and how far you should hit the ball in order to get it across that pond that’s in your way.

Even though there are plenty of options out there, we’ll be taking a look at the TecTecTec VPRODLX rangefinder. It’s a laser rangefinder that constantly gets positive reviews, and for good reason. It covers all the basics, and it has a thing or two extra to make things even better. It’s also priced competitively, making it an attractive option for just about anyone. But is it worth it? Let’s find out.

What is the TecTecTec VPRO DLX?

Even though TecTecTec isn’t the oldest players in the industry, their reputation quickly made them one of the best. The VPRO DLX is the successor to the highly successful VPRO500, which was a crowd favorite for a long while. It improves on most of its predecessor’s shortcomings and introduces new features and an extended range.

The VPRO DLX on the outside

Starting things off with the design, from the moment you pick up the VPRO DLX, you immediately know you’re handling a premium product. The design looks really nice, especially with the duotone color scheme. The dimensions are 4.1” x 2.8” x 1.6’, and it weighs a mere 0.41 lbs., which makes it extremely lightweight and comfortable to use. At the same time, it’s stable and you can easily hold it steady.

At the bottom, you’ll find a textured surface. This helps you grip the VPRO and keep it steady, even when things get slippery. On the top side, you’ll find the two buttons you use to operate the rangefinder. The button on the rear is the power button – that’s what you press when you need an instant measurement to a specific target. The button on the front is how you change the modes. For example, you can use it to turn on the continuous scan mode if you want to quickly get multiple readings. Honestly, it’s a piece of cake to use.

The whole body of the VPRO DLX is waterproof. Chances are you’ve been caught out in the rain once or twice, and with it, you won’t have to worry about it getting wet. The entire case is also shock resistant, so in the off chance you drop it by accident, it shouldn’t get damaged that easily. If you’d like some further assurance you won’t drop it, there’s a loop right below the eyepiece so you can add a lanyard to it. Inside the box, you’ll get a carrying case which feels quite premium, as well as a cleaning cloth and a wrist strap. 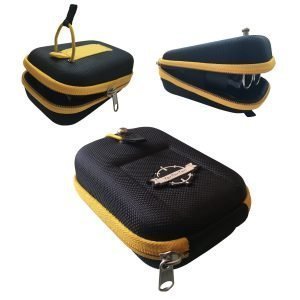 The first thing you’ll want to know with a laser rangefinder is how good the range is. With the VPRO DLX, you can get accurate measurements from 5 to 600 yards, which is a fairly extensive range. If you have reflective targets, that range goes up to 900 yards. Now, the common issue with golf rangefinders is that overlapping objects can easily confuse it, and you’ll get inaccurate readings. That’s not the case with the VPRO DLX, as it has TecTecTec’s Flag Seeker Advanced PinSensor technology that measures overlapping objects and accurately locates the pin. One thing that some golfers might find lacking is the fact that the rangefinder doesn’t come with a Slope function. Even though this is a popular functionality in casual golf, it is restricted in many tournaments, and the exclusion makes this rangefinder great for tournament use.

The VPRO DLX is fairly versatile and comes with three modes you can choose from when using it. The first mode, the Pinseeker mode, is what takes advantage of the Flag Seeker technology when you need to accurately measure distance amongst multiple overlapping targets. The second mode is the First Target Priority mode, which is what you use to measure the distance to the first target in a group. When your flag has multiple wooded greens in the background, this is what you want to use. Last but not least, you have a continuous scanning mode, which is what you’ll want to use when you have multiple targets. As you sweep the rangefinder across the course, it will continue updating the distance of different targets.

Conclusion – how does it perform and is it worth it?

A rangefinder is only as good as it is usable and accurate. We already spoke about usability – two buttons for easy operation and three modes to choose from in different situations. When it comes to accuracy, the VPRO DLX lives up to TecTecTec’s promise of a +/- 1-yard accuracy. If you rely on your rangefinder quite a bit, it’s a great choice. What’s even more impressive is the speed at which you will get the yardages. While with other rangefinders you may find yourself needing to hold your hand steady for a good while before you get a reading, the VPRO DLX gives you an accurate reading almost in an instant. Have a look at our best rangefinder list if you want more options.

So, is it worth it? When you compare it to the big players in the industry, some of them may offer a bit more performance or a better brand reputation. However, when you factor in the price, the VPRO DLX becomes the obvious choice. It manages to include all the basic necessities, and then some, for a price that’s way below what you would expect from such a product. To add to that, it performs admirably, is easy to use, and is made to be durable. What more could you ask for? 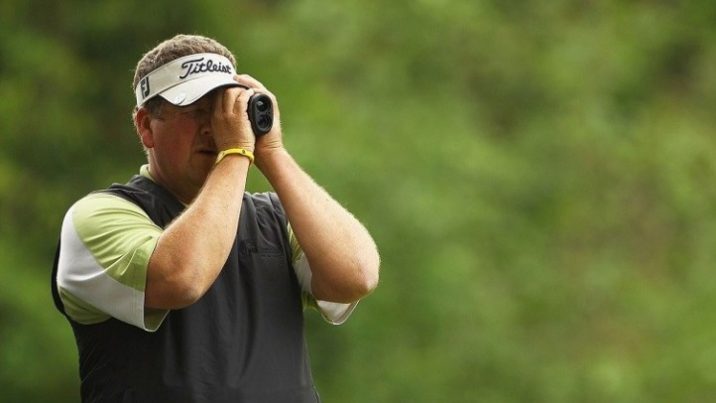 What is an expert golfer without a good rangefinder that will help them understand the greens and the location to the target? A rangefinder is one of the many tools in the arsenal of a golfer that can be used for golf and hunting, but the Bushnell...

When we think of a rangefinder, hunting is one of the first things that come to mind. However, the Golf rangefinder works on the same principles, helping you with all the calculations when you need them the most. These can help the player choose the... 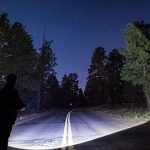 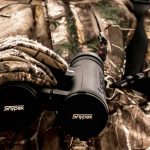 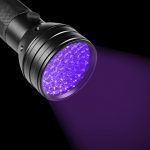 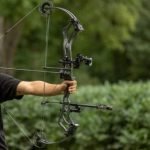 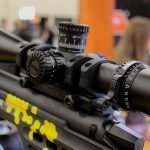